David and Goliath: Underdogs, Misfits, and the Art of Battling Giants by Malcolm Gladwell 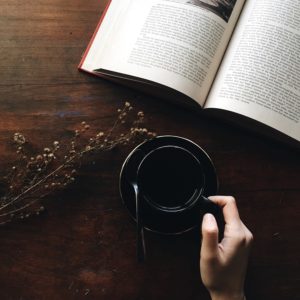 David and Goliath by Malcolm Gladwell was a thought-provoking book for me. It was my 11th personal development book this year. I picked it up because I have wanted to read something by Malcolm Gladwell for a while and the title of this one grabbed by attention. I know many of you have felt like an underdog or a misfit at one time or another. I certainly have. And we have all faced our own giants.

Premise of the Book – Battling Giants

Most of us have heard about the story of David and Goliath. Many times the story is told as if David was the underdog and Goliath had all the advantages. Gladwell turns this story on its head when he describes the battle from a historical perspective. Slingers were a regular part of ancient armies. The slinger could launch a stone with accuracy at 30 meters per second. It was the equivalent of a .45 caliber handgun. The slingshot was superior technology to Goliath who was stationary and relied on close combat to defeat his enemies. The question Gladwell raises is if we have been looking at this story wrong, what else might we need to take another look at?

Main Concepts – The Advantages of Disadvantages

There are four main concepts of the book. Each concept has multiple stories to illustrate Gladwell’s point. I will highlight some of them here but I recommend you get the book to get all the great information yourself.

In the book Gladwell tells the story of Vivek Randive and his 12 year old daughter’s basketball team. The team was made up of girls with little to no basketball experience or skills. Matched against teams who had far more experience, the team was doomed to fail. Except that Vivek was from Mumbai and looked at the game with an outside view. He saw how traditionally the game was played in the U.S. One team would score and then run to the other side of the court to defend their basket. He saw that if his girls would practice what is known as a full court press they could use it to their advantage. Instead of running to their own side when the ball was thrown in by the other team they pressed hard to not let them advance down the court. Frequently there was so much pressure on the opposing player to pass the ball in the allotted time that they would either throw it away or run out of time and the ball would go back to Vivek’s team. If they did make the pass they faced additional pressure to advance the ball across mid-court in time before a turnover. In this manner Vivek Randive took this team to the national championships.

Moral of the story: When you don’t have an advantage it can lead to innovation of a new way of doing things. You either give up or you work harder than the other guy. You may not always win but you increase your chances.

The inverted U describes a curve in the shape of an upside-down U. On the left side is the concept that too little of a good thing does not bring the results you want. The middle of the upside-down U is the sweet spot. Just enough of the good thing brings maximum results. The right side of the curve shows that too much of the good thing once again decreases the likelihood of good results.

I know that’s a bit confusing but stick with me here. One of Gladwell’s examples was classroom size. Smaller classroom size does not produce better learning for students. There is a sweet spot where optimal learning occurs and students interact with each other and learn from each other. Too many students once again decrease learning.

Another example he gave was choosing colleges. The top rated schools are not your best choice if you want to increase your chances of a successful career. It would take me too long to explain it here but he covers it well in this Google interview video:

Moral of the story: There is a sweet spot when you are trying to increase your chances of success.

One of the stories that goes along with this theme is the story of the London bombings by the Germans in World War II. It was predicted that before the bombings that there would be widespread destruction and panic that would completely break the morale of the British. People lived in great fear of the coming attacks. When it finally began with 57 straight days of bombings an interesting thing happened. There were, of course, those who were killed and those who survived near misses and subsequently traumatized. But there were many people who survived what was known as a remote miss. This group of people, after days of NOT being killed, actually became more resilient and more resolved that they would survive. The predicted panic didn’t happen and the people actually became stronger for having lived through it.

A large part of the book discusses how some difficulties in life can be desirable if you look at the outcomes that arise from managing them. One example is about a man with dyslexia who compensated by learning other skills that made him highly successful. Another story discusses a man who grew up in a rough home and faced many difficulties as a child. He had to learn many different skills in order to survive and navigate his challenges. These skills resulted in some significant advantages as an adult.

Moral of the story: We don’t wish for difficulties but when they arise we can use them to our advantage.

“Reframe some of your biggest challenges as difficulties that gave you the resources and the perspective to actually do what you’re capable of doing.” Brian Johnson of Optimize.me

Get your copy of the book!

Get your free printable weekly planning page and habit tracker.

Success! Now check your email to confirm for your free printable.

Please log in again. The login page will open in a new tab. After logging in you can close it and return to this page.